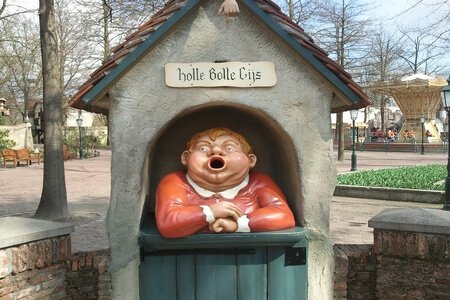 You can visit the magical world of the Efteling: a more fantasy-themed amusement park in Kaatsheuvel in the Netherlands. The attractions are based on elements from ancient myths and legends, fairy tales, fables, and folklore. This makes the park out own little Disney World.
The park was opened in 1952. It has since evolved from a nature park with a playground and a Fairy Tale Forest into a full-sized theme park. It now caters to both children and adults with its cultural, romantic, and nostalgic themes, in addition to its wide array of amusement rides.It is the largest theme park in the Netherlands and one of the oldest theme parks in the world. It is twice as large as the original Disney World in California and pre dates it by three years. Annually, the park has more than 4 million visitors. Over the years, it has received over 100 million visitors.
Duration of the tour: approximately 10/12 hoursPrice: 250 for a maximum of 8 people
Contact